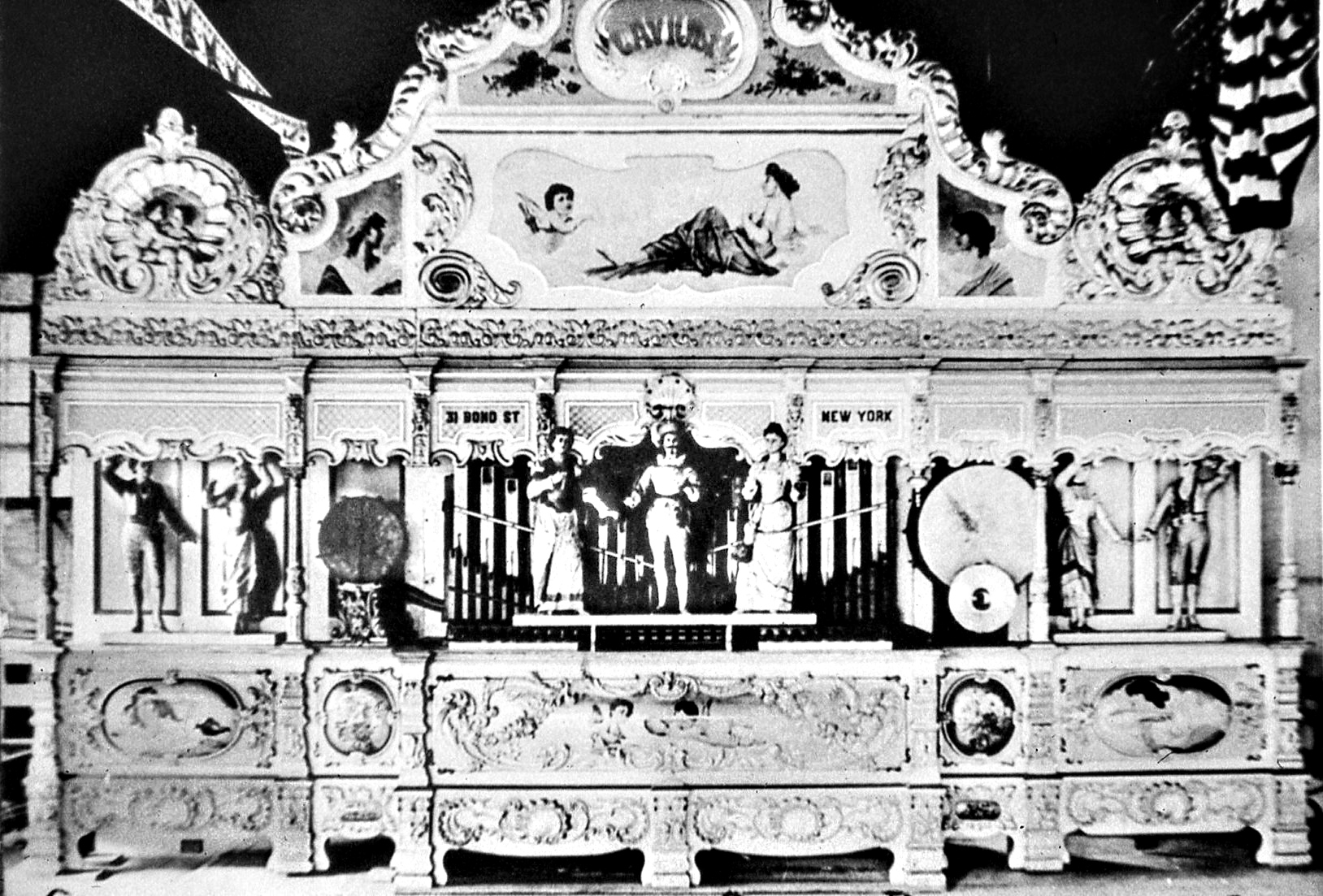 Gaviolis were ornate handcrafted instruments that played by themselves. They were built in the early 1800’s thru the early 1900’s by a man named Giacomo Gavioli who was from Cavezzo Italy, but later had relocated to France because conditions were better. Gavioli ceased making organs in 1912. A small number of Gaviolis were imported into this country around the turn of the 20th century, and we were fortunate to get one at Ringing Rocks Park. In more recent years, a Gavioli was found under an abandoned and collapsing amusement ride on Coney Island. There are now laws in Europe prohibiting anyone from taking them out of the country they are in.

The Poor People of Paris